Stephen Moss is a naturalist and author, based in Somerset. He teaches an MA in Travel and Nature Writing at Bath Spa University, and his latest book is The Accidental Countryside: Hidden Havens for Britain’s Wildlife (Faber). His book choice for us is Adventure Lit Their Star by Kenneth Allsop:

I first read Adventure Lit Their Star as a teenage birder back in the 1970s. The story gripped me from the start: it opens with an extraordinary depiction of vast numbers of migrant birds returning from Africa one spring night, written as if the author is witnessing an airborne invasion.

That figures, as Kenneth Allsop – who later found fame as a journalist and broadcaster – had lived through the Second World War, during which he had lost a leg. His hero in the book, a young airman named Richard Locke, is a thinly-disguised portrait of Allsop himself.

I say hero, but the real heroes in this book are a pair of birds: little ringed plovers, a small and unassuming wader which had begun to colonise Britain around this time.

The story is a simple one. Richard Locke is invalided out of the R.A.F. with tuberculosis, and while on the slow road to recovery he discovers a pair of nesting Little Ringed Plovers. He decides to keep a vigil against egg-collectors, and foils two young boys who are hoping to take the clutch.

After he has convinced them that guarding the eggs is better than stealing them, the trio come up against a really serious collector – a dastardly fellow named Colonel E.R. Goodwin. After a suitably dramatic stand-off, they finally win the day, saving the precious eggs.

Adventure Lit Their Star is a remarkable piece of writing. It has a very real charm, and is also very revealing about the attitudes of the day – a modern reader may be surprised to discover that taking the plovers’ eggs was not against the law.

One factor that motivated Allsop to tell the story was that these rare birds had chosen to nest in such a familiar, unprepossessing place, as he reveals in his introduction to the novel:

It was, I think, the setting that heightened my desire to write this story. It is a happy event if a rare bird nests in a Norfolk sea-marsh, in a Scottish forest, on a Welsh mountain. If it nests on the outskirts of a large city, in the messy limbo that is neither town nor country, where suburban buildings, factories, petrol stations and trunk roads sprawl and blight, the event takes on an extra piquancy.

But the most important legacy of Adventure Lit Their Star is that, perhaps for the first time, a writer created a character who gained spiritual comfort, as so many of us still do today, through his passion for birds.

Thank you so much to Stephen Moss for this wonderfully thoughtful choice for June. View our previous Book of the Month choices here. 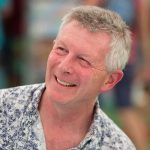 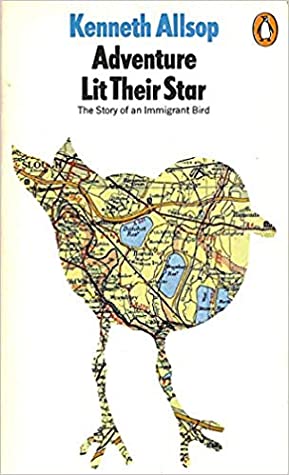