Patrice Lawrence: So Much

This month, we are delighted to have a book chosen by award-winning children’s author Patrice Lawrence.

Patrice’s writing has won awards including the Waterstones Children’s Book Prize for Older Children and The Bookseller YA Book Prize. We were lucky enough to have Patrice join us at the PRG Reading in Prison Day this month, where her talk on why We All Deserve a Story That’s Ours gave us all plenty of food for thought.

“I would recommend So Much written by Trish Cooke and illustrated by Helen Oxenbury. As a child, I never saw characters that looked like me in books so I grew up believing that black children simply couldn’t be in books, let alone write them. I grew older, a bit wiser and became a parent. In the 21st century, I presumed the world had moved on and there would be shelves of books with families like mine. Nope! Thwarted again.I found So Much by accident. A baby waits with his mum by the window and every time the door knocks, a new family member arrives, but the party can’t start until Dad’s back from work. It’s a joyful depiction of a  boisterous, loving Caribbean family in the UK, told in rhythmic colloquial prose. Fantastic beautifully-observed illustrations of black hair and 90s fashion – those desert boots! That tracksuit and tramlines! And putting a black man in a suit – this feels like a middle class family – pushed back at stereotypes and felt wonderfully subversive.”

Thank you to Patrice for this wonderful choice! Her latest book, Rose, Interrupted, was published by Hodder this year.

Read our previous Books of the Month here. 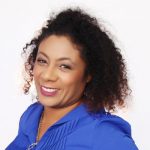 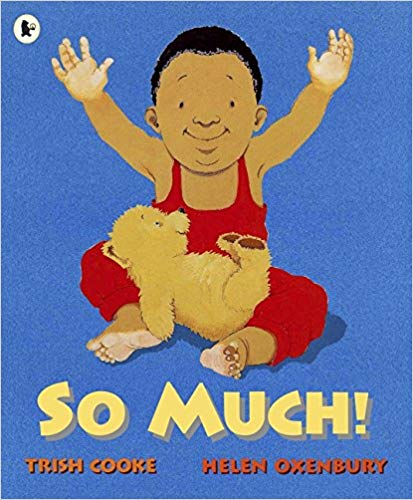