This September, we are delighted to have a book choice from writer and former Children’s Laureate Michael Rosen.

His first book of children’s poems was published in 1974, and he has gone on to write numerous and award-winning children’s books such as Quick, Let’s get Out of Here, We’re Going on a Bear Hunt and Chocolate Cake. Alongside this he performs, teaches, lectures, and reviews books. He was Children’s Laureate from 2007 to 2009, and founded the Roald Dahl Funny Prize in 2008, as part of his laureateship to honour books that make children laugh. Who better to choose a book for us as children return to school? 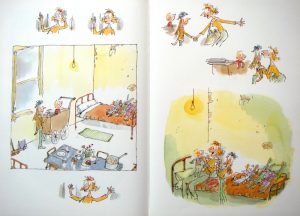 “I would like to recommend Clown by Quentin Blake. We open the book, and there’s no words! It’s a story told in pictures. At first glance it seems like a funny cartoon about a toy clown who can’t explain things to people. Then, as it unfolds we see that it’s a story about loss, poverty and care. It’s a fantastic book for people of all ages to share, talk about and wonder.”

We are relieved that Michael is getting better after being very ill, and wish him a smooth continued recovery. Updates are on his website here.
Michael’s new book, written after his long stay in intensive care, is already on its way. Find out more about Rigatoni the Pasta Cat here.
——
You can see all our previous Book of the Month choices, including one from Quentin Blake, here. 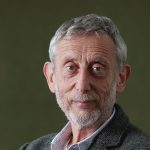 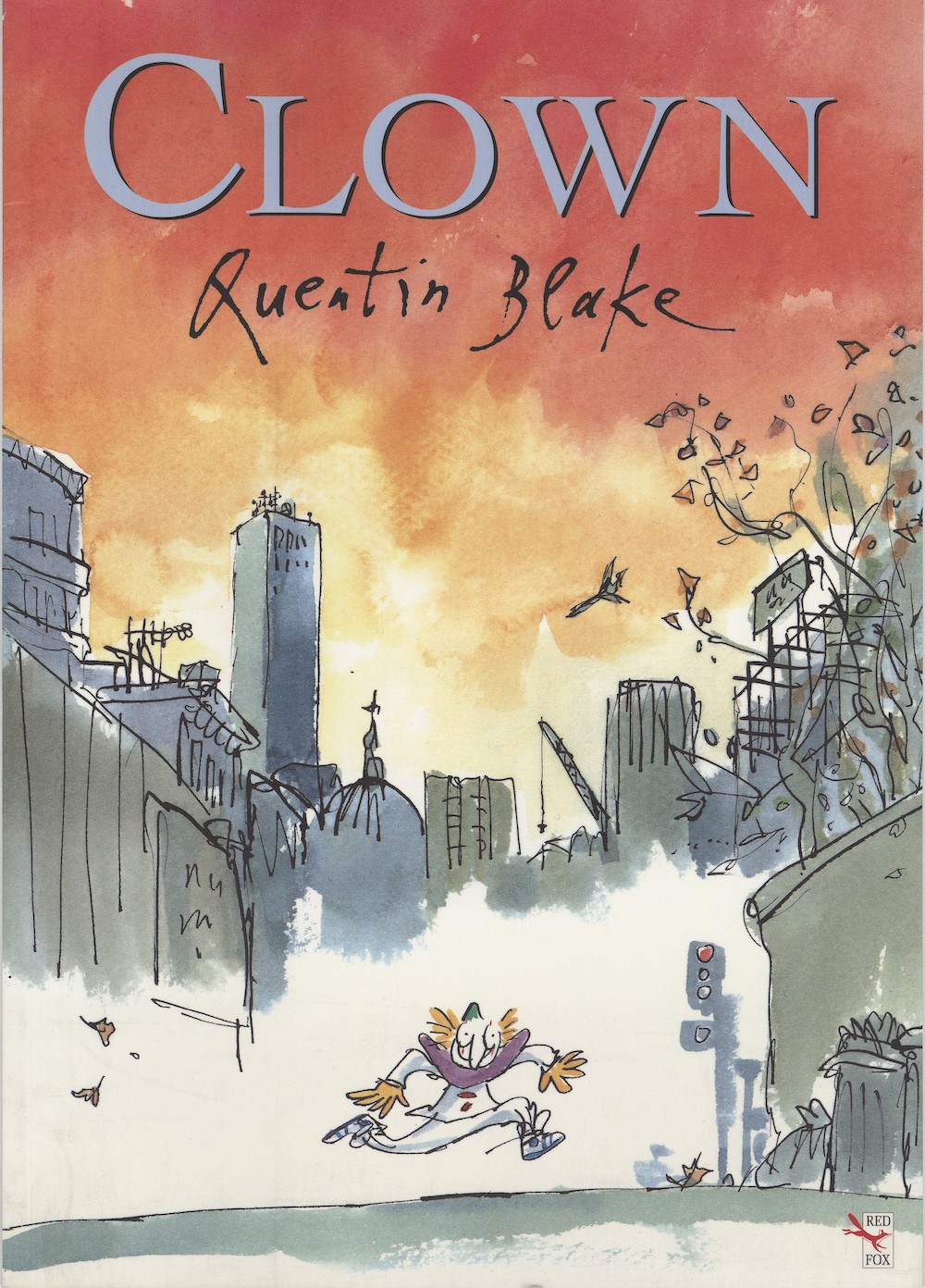