This month, we are delighted to have a book choice from Michael Darlow,  television producer, director and writer. Darlow’s documentary, drama and arts programmes have won international awards including BAFTAs and an Emmy. He is a Fellow of the Royal Television Society, and notable amongst other things for producing and directing the documentary Johnny Cash at San Quentin.

“The fact is that I have found choosing just one book to recommend to your readers very difficult. There are so many that I would want to recommend to your potential readers. If I were choosing just one for your young readers I would probably pick “Grimm’s Fairy Tales”. Those were the fairy stories that I most enjoyed my mother and grand-parents reading to me at bed time when I was a child during the war. They had the best, most scary baddies, sending me to sleep with my imagination racing, to gripping, very vivid, dreams. Later there were the novels of Charles Dickens – above all “David Copperfield”, “Oliver Twist” and best of all “Great Expectations” and then the plays of Shakespeare. In my teenage years especially “Henry The Fifth” and above all “Romeo And Juliet”. Of recent books, especially for those who are interested in the history of the Second World War, I would strongly recommend David Reynolds and Vladimir Pechatnov’s “The Kremlin Letters” which is the product of truly ground-breaking research and reveals what really passed between Stalin, Churchill and Roosevelt during the war – not just what was said during their face-to-face meetings but all the background advice, correspondence and secret briefings given to the leaders by their advisers and generals – as Richard Overy wrote in his review of the book in The Literary Review, “this is the version that all historians of the war years must now use.”

However, there are two other books about the war years which have stayed with me, and lived with me, ever since I first read them many years ago: “If This Is A Man” by Primo Levi and “The Diary of Anne Frank”. For me they are perhaps the most moving books ever written. Both speak of unbearable pain and suffering and yet convey a deep sense of hope and of the human spirit. Almost fifty years ago I had the enormous privilege of spending a day with Primo Levi in his flat in Turin. He was in many ways the most remarkable human being I have ever met (and I have been lucky enough to meet many remarkable people, both good and evil). There was about Primo Levi a unique and deep sense of calm humanity and understanding, born probably of what he had been through in Auschwitz, which I have found unmatched in any other human being and has stayed with me ever since.

But perhaps, if I have to chose just one book for your readers, especially at this time of fear and isolation, I would chose “The Diary Of Anne Frank”. She suffered extreme fear and isolation during her years in hiding with her family in Amsterdam during the Nazi occupation and yet her irrepressible youthful spirit shines through it all.

Her diary is made all the more poignant because we know that in the end Anne and her family were betrayed, that she and her family were sent to Auschwitz and that, having miraculously avoided death in Auschwitz, she died of typhus in Bergen Belsen just weeks before the end of the war. So for young and older readers alike, especially at this time, I would recommend reading or re-reading “The Diary Of Anne Frank”. Her uncrushable spirit and hope in the face of all that fear, depression and isolation, lives on and shines through to us even today.”

Thank you very much to Michael Darlow for such a thoughtful Book of the Month contribution. 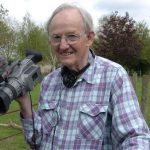 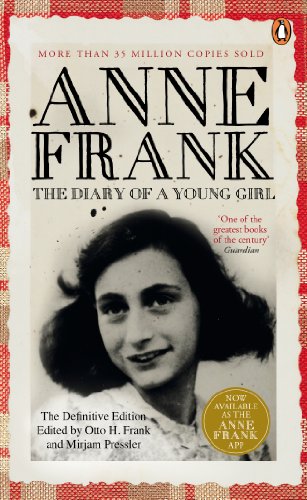