Martin Rees: The Age of Wonder, by Richard Holmes

Martin Rees, Baron Rees of Ludlow, OM, FRS, former Master of Trinity College, Cambridge, Emeritus Professor of Cosmology and Astrophysics at the University of Cambridge and the Astronomer Royal, chooses The Age of Wonder by Richard Holmes.

“I think an appropriate choice would be Richard Holmes’s The Age of Wonder. It’s in effect a collective biography of Banks, Herschel, Davy etc. and is a superb evocation of an era when science was truly part of general culture.”

Brilliantly conceived as a relay of scientific stories, The Age of Wonder investigates the earliest ideas of deep time and space, and the explorers of “dynamic science”, of an infinite, mysterious Nature waiting to be discovered. Three lives dominate the book: William Herschel and his sister Caroline, whose dedication to the study of the stars forever changed the public conception of the solar system, the Milky Way, and the meaning of the universe; and Humphrey Davy, who, with only a grammar school education, stunned the scientific community with his near-suicidal gas experiments that led to the invention of the miners’ lamp and established British chemistry as the leading professional science in Europe. This age of exploration extended to great writers and poets as well as scientists, all creators relishing moments of high exhilaration, boundary-pushing and discovery. 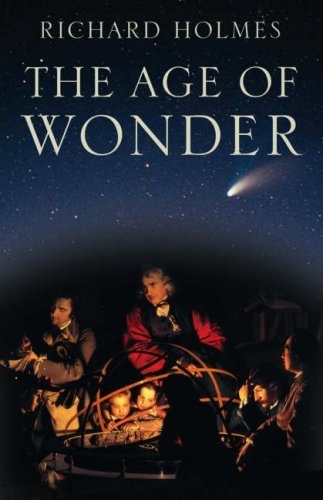