A couple of years ago the great short story writer George Saunders described in the New Yorker an occasion when he learnt a life lesson as well as a writing lesson from his mentor Doug Unger – it was about the gift of paying complete attention.

George Saunders won this year’s Man Booker prize with his first novel, Lincoln in the Bardo. The day after he won he took the trouble to tell us about his special book. We thank him for this great and generous gift of his attention – a lesson to be well learned by all of us. We congratulate him on this prize, on Lincoln in the Bardo and all his wonderful work.

There is life, and there is literature.  Sometimes life is too horrible to be made to fit neatly into literature: too sad, too brutal, too randomly cruel.   History tells us that there are times in which evil and violence dominate.  A story has to exist in a place where both good and evil are possible; when evil (or difficulty, or trauma) dominate, literature, we sometimes feel, has to step aside.  (A happy ending, or at least a transformation, has to be a believable possibility; if Cinderella has no chance of getting to the ball, that story is just a form of bullying, with the reader as the victim).

A book that somehow manages to find artistic beauty and even hope in a dire situation is a very special type of art.  For me, “Red Cavalry,” by the great Russian short story master Isaac Babel, does this.  It tells the story of a young Jewish intellectual who, hungry for life, travels as a war correspondent with the Cossacks as they invade Poland in hopes of spreading the Russian Revolution there.  This young man is a true believer in Communism, but, at the same time, is trying to hide his identity as a Jew from these famously rough and anti-Semitic warriors (I’ve heard the Cossacks described as the Hell’s Angels of Russia).  The army goes forth across Poland, encountering horrific scenes of killing and plunder – the fleeing Poles have committed pogroms against the Polish Jews.  The Cossacks, moving through the same towns, ostensibly to spread this radical and humane new philosophy, and to spread a great, progressive worker’s revolution, commit pogroms of their own, on the same Jews.  All human decency seems to have fled.  The narrator begins to doubt the revolution, while trying to prove his toughness, and his value to the fight.

The writing is strange, compressed, elliptical, illogical: exactly mimicking the disorientation of battle, and has influenced countless other stylists, including Grace Paley and Denis Johnson.  The book seems to say that even the best-intentioned belief system, if too tightly held, can morph into violence and oppression, and become as evil or more evil than the evil system it set out to replace.  How might such a book be powerful?  Beautiful?  Consoling?  Through the precision of its language and the formal daring it exhibits.   “Red Calvary” is a fearless and terrifying book that, in the end, seems to say that the greatest good is human attention: Babel looks into the evil and his unflinching gaze feels like a form of moral courage, and even celebration.

Thank you to George Saunders 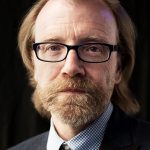 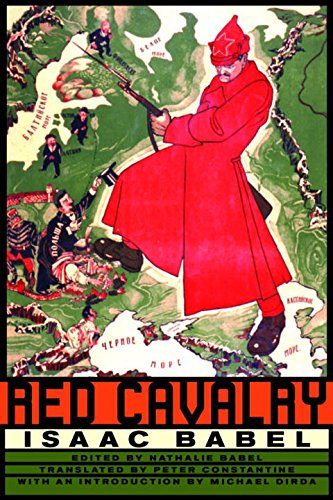