Dominic West: A Time of Gifts, by Patrick Leigh Fermor

Dominic West, the celebrated television, film and stage actor, recommends A Time of Gifts by Patrick Leigh Fermor. In 2010 he starred in the title role in Simon Gray’s award-winning classic comedy, Butley, at the Duchess Theatre in London’s West End.

“When Patrick Leigh Fermor died three weeks ago I felt a particular twinge of regret and sadness which was in part a nostalgia for his youth and mine. When I was 17, my history teacher had recommended A Time of Gifts as a book that epitomised “all that’s great about being 17”. It charts PLF’s walking at that age along the Rhine and the Danube from the Hook of Holland to ‘Constantinople’ in the 1930s. It’s a wonderful, romantic odyssey, rose-tinted by forty years of hindsight (he wrote it in 1977) and the sense of Old Europe in its last days before cataclysm.

I was so captivated by the book that when the Berlin Wall came down a couple of years later and eastern Europe again opened up to the West, I set off in his footsteps “like a tramp, a pilgrim.. an errant scholar”. Our experiences could not have been more different. He walked or rode a horse; I hitch-hiked Trabants. He’d sleep in hayricks or find refuge with Carpathian Countesses in antlered halls; I was in my tent or the occasional tower block. The contrast became hilarious but the thrill of being young, broke and at the mercy of strangers was the same.

He wrote a second, equally wonderful instalment Between the Woods and the Water in 1986, which ends in Romania. The third volume never came but A Time of Gifts remains his glorious, romantic celebration of youth.” [The third volume, The Broken Road, was published posthumously in 2013. ed.]

At the age of eighteen, Patrick Leigh Fermor set off from the heart of London on an epic journey—to walk to ‘Constantinople’. A Time of Gifts is the rich account of his adventures as far as Hungary. Acclaimed for its sweep and intelligence, Leigh Fermor’s book explores a remarkable moment in time. Hitler has just come to power but war is still ahead, as he walks through a Europe soon to be forever changed—through the Lowlands to Mitteleuropa, to Teutonic and Slav heartlands, through the baroque remains of the Holy Roman Empire; up the Rhine, and down to the Danube. At once a memoir of coming-of-age, an account of a journey, and a dazzling exposition of the English language, A Time of Gifts is also a portrait of a continent already showing ominous signs of the holocaust to come. 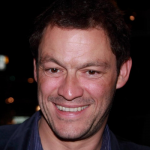 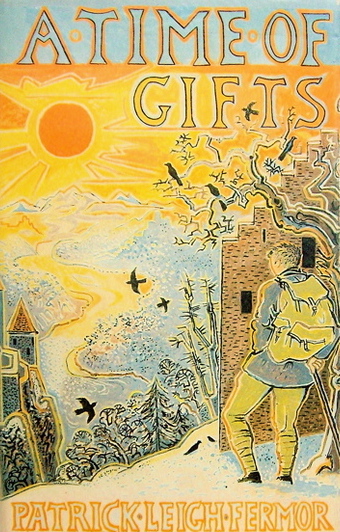