The twelfth PEN Pinter prize ceremony took place in October, although this year homes across the country replaced the British Library as the setting.

Albeit virtual and with only the company of my British Shorthair Joan, the ceremony was just as captivating. The broadcast meant that it was open to a wider range of people and included those that may not have ordinarily been able to attend. 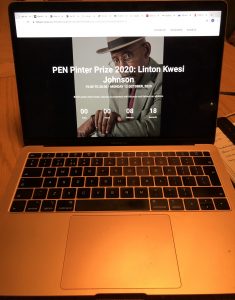 The British dub poet Linton Kwesi Johnson was the twelfth person to be awarded the PEN Pinter prize. An introduction from Antonia Fraser – Give a Book’s esteemed patron and the wife of the late Harold Pinter – highlighted the similarities between Pinter and Johnson, most notably their sense of humour.

Linton Kwesi Johnson then took to the screen and graced all of us at home with recitals of his poetry. Each one was accompanied by a brief back-story which gave context to the poem and deepened the listener’s understanding of his writing.

Linton Kwesi Johnson spoke of his experience of growing up in London during the 1970s and 1980s, particularly as a young black man, and spoke about matters concerning police aggression. The poem which struck a chord was Johnson’s account of a fire at 439 New Cross Road in 1981, titled the New Cross Massahkah. What starts as an upbeat, songlike poem with partygoers enjoying themselves and dancing mimicked in the rhythmic beat, quickly segues to the outbreak of the fire, the panic and the chaos. The transition is subtle, and the catastrophic event is masked by the dub rhythm catching us out.

Linton Kwesi Johnson raised the topic of the power of the written word and language, as Lemn Sissay did last year and said,

“we define our humanity through language”

Language is the primary and most nuanced way in which we communicate. It is how we make sense of everything around us and how we communicate ideas. Words per se are not harmful but the ideas they hold carry a weight and therein lies their power.

The subject of the power of language transitioned nicely into announcing this year’s International Writer of Courage, Amanuel Asrat, an Eritrean poet, critic and editor-in-chief of the leading newspaper Zemen who – along with a number of other journalists- was imprisoned 19 years ago for speaking out about their beliefs. Asrat’s brother, Daniel Mebrahtu accepted his award on his behalf and expressed his happiness and gratitude that his brother had been recognised and awarded this title. At the same time, there was a melancholic undertone to Mebrahtu’s speech as although this honour meant a great deal to the family, the fact the Asrat could not know of his achievements will always deeply sadden them. 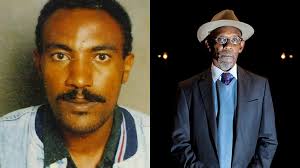 Linton Kwesi Johnson concluded the evening with a message on the importance of libraries. Brixton library occupies a special place in his heart and played a pivotal role in his development as without access to the books in Brixton, he wouldn’t have succeeded in his A-levels. The fact that it was the first library where Johnson could find books by Caribbean authors meant that he found books he could identify with and locate his own experiences within those works. Thus, it seemed only fitting that the Johnson’s concluding line was,

Give a Book works with a school every year to help create a library space to foster a reading for pleasure environment. Libraries are essential in schools, prisons and in life and provide the space and means to explore another world in the comfort and safety of the pages in a book. 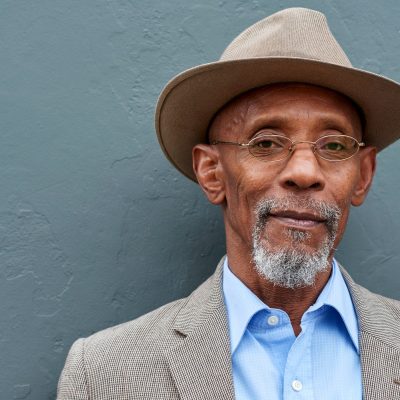