Six women’s prisons in England & Wales have mother and baby units housing a maximum of 52 children/babies and their mothers. In March 2017 there were 40 babies/children held in MBUs. Since the closure (due to flooding) of the MBU at HMP Eastwood Park, units across the prison estate are nearing capacity.  In general the children in the units are aged from new-borns to 18 months, depending on the mother’s circumstances and length of sentence.  Again, depending on circumstance and sentence length, some children may be taken into care. In certain cases children are allowed to stay up to two years in a unit.  Women tend to commit less serious crimes than men so on the whole are more likely to serve short sentences of 12 months or less.

Six weeks after the birth of their child women are expected to be back at whatever work or education they have been allocated to. Whilst they are at work/education the children/babies are cared for by nursery staff in the Mother and Baby Unit. All of this is within the prison walls. Whilst in some prisons children can be taken in pushchairs around the grounds of the prison, in general there is little outdoor activity/stimuli. No green spaces. No ipads or phones either.

In general the MBUs are quieter than other areas of the prisons, and all are there because they are mothers, but they have little else in common.  There is no specific data on the women in MBUs but what we know about the general female prisoner population will also apply to them.

Literacy rates/education are not collected separately for men and women but over half of all the prison population have the literacy skills expected of an eleven year old (three times the amount found in the general population).

All six units were contacted, generally through the prison library. Eastwood Park MBU was closed and remains so. Books were sent to the five other prisons: Bronzefield, Styal, New Hall, Askham Grange, and Peterborough.

“It’s great to read with Charlie. He loves the rhymes and songs. Thank you for sending these books. It means a lot.”

“No I’m not a reader. You would never get me in the library before but Ella adores books. It’s great that we have these books to take away and keep.” 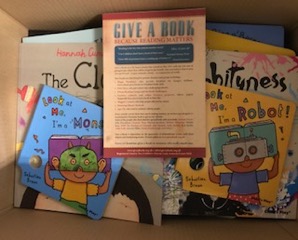 “Nothing better than snuggling up together with a book.”

(Mothers at HMP Styal, which also runs rhyme time in the prison library)

“I like the Julia Donaldson books. All my children have loved those. My thirteen year old still remembers the rhymes.”

“The board books that you can feel and touch. They’re really good.” 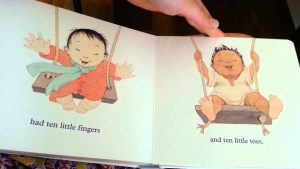 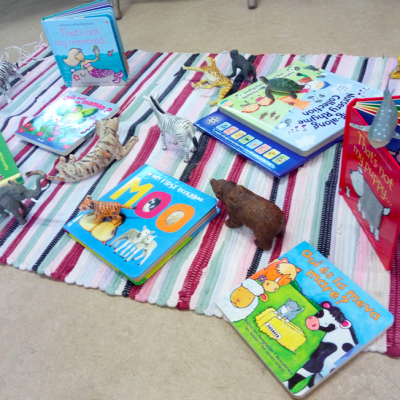