Back in March we shared the news that The Book Collector, the celebrated journal established by Ian Fleming, was holding a competition to find The 27th Letter.

In 1947, while helping his friend Robert Harling at the typographical magazine Alphabet and Image, Ian Fleming conceived the idea of a competition for the best interpretation of a twenty-seventh letter of the English alphabet.

This year, 70 years later, Fleming’s nephews decided to reinstate this competition in The Book Collector, and after receiving over 2500 entries, the winner was announced at London International Antiquarian Book Fair at Olympia on 2 June.

In the end, it was David Guthrie who captured the judges imagination, winning £250 and a beautiful trophy book designed by Phil Cleaver. The winning entry? 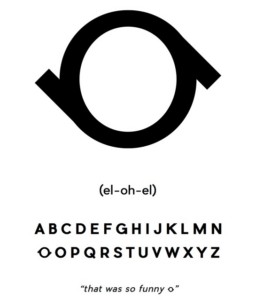 That’s right, the winning entry is lol. Injecting a little more humour into the alphabet as we know it!

We would like to extend a huge thank you to The Book Collector for their very generous donation to Give a Book in the course of this competition.

The Book Collector magazine remains the only periodical in the world that deals with all aspects of the book –bibliography, typography, jacket design, libraries, catalogues, sales, the lot—there really is nothing else like it. Have a look at their most recent issue here: 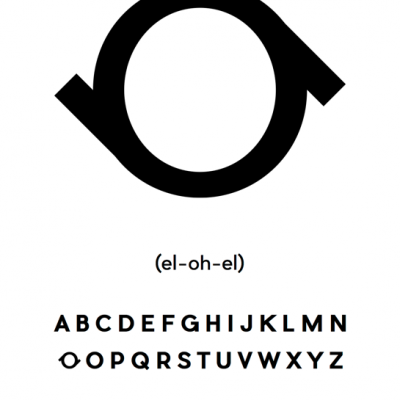