from Lizzie Atkinson of The Reader:

One city, three hours, thirteen locations, thirty-eight trained volunteers… and more than 800 children’s books to give away!

Wednesday 10 August saw a huge outreach effort across Liverpool to encourage families to enjoy reading together with their young children. In the park, at the shops, even on the ferry – over 600 children and carers enjoyed stories for free on Anytime Is Storytime day.

The event was part of the Liverpool City of Readers campaign, where local and national organisations work collaboratively to foster a love of reading in both children and adults, to create stronger, happier and healthier communities across the city.

Building on last year’s success, we doubled the scale of the project and were delighted to work with Give a Book for the first time, as our key book supplier. Thanks to Give a Book, the project received bulk donations from Walker Books, Pan Macmillan and Penguin Random House, totalling 600 books of fantastic quality.

Volunteers were trained in reading children’s books out loud to groups in an interactive style, encouraging participation and lively debate! Plenty of roars, gasps, squeals of delight and shouts of recognition could be heard across the city as children encountered Shark in the Park (Nick Sharratt), I Want My Hat Back (Jon Klassen) and Mr Tiger Goes Wild (Peter Brown).

Feedback on the ground from reading charities The Reader and Beanstalk was that we reached many children and parents who wouldn’t usually pick up a book or attend an event like this. Two stories from the day show how even the most reluctant readers can suddenly become engaged:

A mum of two girls was looking rather stressed.

She looked so grateful for some entertainment that she quickly joined us, while apologising for the younger child who was screaming in the pram – “She’s got behaviour issues”.

Little Chelsea settled into the story quickly and remained calm enough to be let out of her pram so that she could turn the pages.

A mum of two was initially reluctant… “Oh no, he won’t like that. He doesn’t read books”.

She was very pleasantly surprised to see her son shouting out during I Want My Hat Back:

“It’s the rabbit! HE’S got the hat!”
The mum came to thank us afterwards and was later spotted with her younger daughter on her knee, reading the book again to her.
Thanks to Give A Book, those mums were able to take the books that had enthralled their children home, so that the storytimes can continue…anytime! 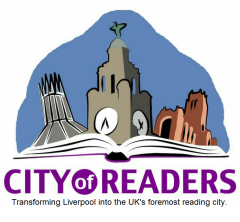