The Last Act of Love

The Last Act of Love by Cathy Rentzenbrink came out last year. It tells the heartbreaking story of her beloved brother Matty’s accident that left him in a persistent vegetative state and the effect of this on the family. The siblings’ story in a bereavement is often neglected and Cathy tells it here in this intensely moving book. It is also a very generous and uplifting book that doesn’t impose itself on the reader yet still grips them. Cathy told Give a Book that she wanted to leave space for the reader. How does she do that? At the editing stage she had in mind as her reader a middle-aged man with a son in a PV state who was not a natural reader. She wrote for him. She was influenced by her work as project manager for Quick Reads, the adult literacy charity. Quick Reads was started 10 years ago by Baroness Gail Rebuck as a response to the fact that one in six adults in the UK find reading difficult and may never pick up a book. Many people are intimidated by books, others don’t have time to read or simply think reading is boring. Quick Reads commission well-known authors to write shorter more accessible books that could appeal to adults who normally would not pick up a book.

Quick Reads are for grown-ups not comfortable with reading—they might be beginning readers but not, as Cathy said, beginning thinkers. The emotions in a Quick Read are adult ones that you would expect to find in a full length book. The story might be simplified but not the philosophy or feelings. Cathy’s book has that same generous reaching out towards the reader and each chapter has its own ark, making the book a page turner. The Last Act of Love is fearless about love, loss and guilt; as Cathy says you have to own your story to get past it. There is a lovely interview with Cathy and her father, himself a late reader, here.

Cathy has just stepped down from Quick Reads to concentrate on her writing. “Breaking down the barriers between literacy and literature will continue to be extremely important to me and I am looking forward to supporting Quick Reads and The Reading Agency as an author,” she said.

Six new titles for 2016 have just been published, including a title from Malala Yousafzai, the youngest winner of the Nobel Peace Prize. Happy 10th Birthday, Quick Reads.

Cathy’s next book, A Manual for Heartache, comes out in March 2017. 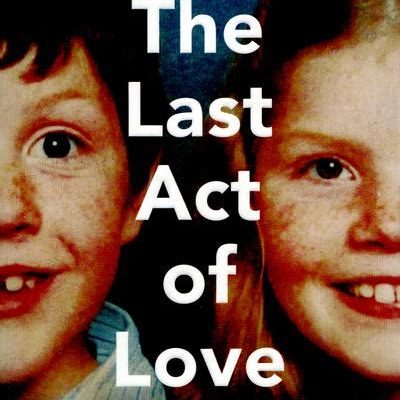