from The Ballad of Reading Gaol, published on 9th February 1898, under the pseudonym Sebastian Melmoth. Oscar Wilde was sentenced to 2 years’ hard labour for homosexual acts was sent first to HMP Pentonville, then to HMP Wandsworth and finally to HMP Reading.

V
I know not whether Laws be right,
Or whether Laws be wrong;
All that we know who lie in gaol
Is that the wall is strong;
And that each day is like a year,
A year whose days are long.

But this I know, that every Law
That men have made for Man,
Since first Man took his brother’s life,
And the sad world began,
But straws the wheat and saves the chaff
With a most evil fan.

This too I know—and wise it were
If each could know the same—
That every prison that men build
Is built with bricks of shame,
And bound with bars lest Christ should see
How men their brothers maim.

With bars they blur the gracious moon,
And blind the goodly sun:
And they do well to hide their Hell,
For in it things are done
That Son of God nor son of Man
Ever should look upon! 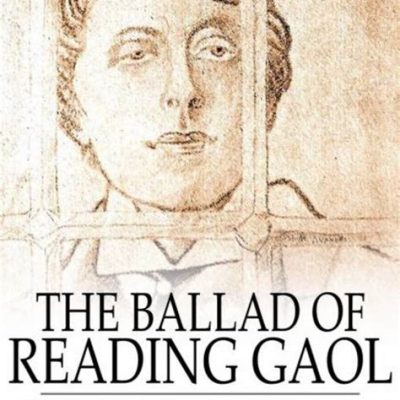