Writing for the stage: adaptation of Evelyn Waugh’s Brideshead Revisited by Bryony Lavery.

Writing for the stage: adaptation of Evelyn Waugh’s Brideshead Revisited by Bryony Lavery.

There is a long and noble history of literary adaptation in the theatre where even the greatest playwrights often craft innovative reworkings of existing stories. Take Shakespeare—Romeo and Juliet has a source in Ovid’s Metamorphosis, the tale of ‘star-crossed’ lovers Pyramus and Thisbe. In A Midsummer Night’s Dream in the play within the play the rude mechanicals retell the same story to different effect. And then there’s West Side Story, book by Arthur Laurents, music by Leonard Bernstein, lyrics by Stephen Sondheim, which refinds that same tale of star-crossed lovers—names, stories, set-ups all given new, bold and original life. In contemporary theatre writers such as Dennis Kelly (Matilda) and David Greig (Charlie and the Chocolate Factory) have created imaginative stage adaptations of Roald Dahl’s much loved stories, which have gone on to be immensely popular West End shows. And Christopher Hampton’s adaptation of the searing Liaisons Dangereuses by Laclos is currently electrifying audiences at the Donmar Warehouse.

Reading a novel is a personal experience with a unique relationship between the words and our own imaginations, while adaptations express the story in a new form that can be collectively shared and enjoyed. One theatre company that is currently embracing stage adaptations is English Touring Theatre, a major theatre production company founded in 1993 by director Stephen Unwin. Now led by director Rachel Tackley and executive producer Jane Claire ETT works with leading artists to produce an eclectic mix of new and classic work for audiences throughout the UK and overseas. ETT is the only touring company subsidised to produce work in larger theatres in England.

This spring ETT are co-producing a stage adaptation of Evelyn Waugh’s much loved novel Brideshead Revisited, directed by Damien Crudden, artistic director of Theatre Royal, York. Set in 1943 to the backdrop of the English countryside, Charles Ryder confronts memories of his first youthful encounter with Brideshead Manor and with its assortment of eccentric inhabitants.

With a plethora of plays and notable adaptations under her belt who better to tackle another classic such as Brideshead than Bryony Lavery? Among her plays such as The Believers (Frantic) Beautiful Burnout (National Theatre Scotland), Bryony’s adaptations include: Robert Louis Stevenson’s Treasure Island (National Theatre); A Christmas Carol (Birmingham Rep/Leeds Theatre Trust) and 101 Dalmatians (Chichester Festival Theatre) to name but a few.

At the heart of adaptation is the adaptor’s ability to bring back to life the very essence of a story and any fond memories that go with it. Bryony Lavery enthuses that adapting is by no means an easy feat but it is labour of love. She says: “To adapt a book for the stage: first… fall in love with it. With your critical faculties intact (and how easy is that when you’re in love?)”. Indeed there is something quite magical that happens when theatre and literature collide, creating for the audience both new and shared experiences.

To find out more about ETT & Brideshead Revisited visit: http://www.ett.org.uk/

What has this got to do with Give a Book? Why, ETT have generously supported us by giving us books. Thank you ETT, and for material for this blog. 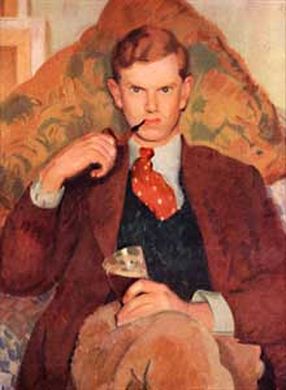