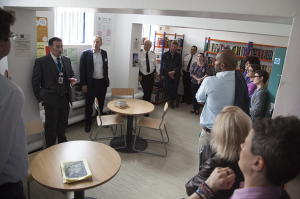 Rachel has written about the event in the July issue of Inside Time.  She says: “Libraries are all important in prisons. Apart from books, all kinds of events and projects start in libraries or are held there. However, as we all know, staff cuts have made it harder to get into libraries. Wormwood Scrubs has come up with an excellent answer to the problem: a Book Room on each wing….Unlike in a library, the books are put on shelves uncategorised, as they might be in a home. Also, men can take them out any time without signing anything or, if they prefer, settle down and read at a table….Now, with any luck, prisoners at The Scrubs will have the best of both worlds: the library for books that need to be ordered, reference books or where help is needed from a librarian, plus a room where you can go and grab a book any day or the week and enjoy a break from prison pressures.” 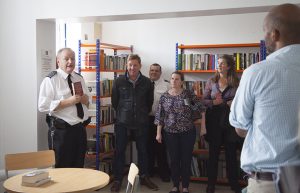 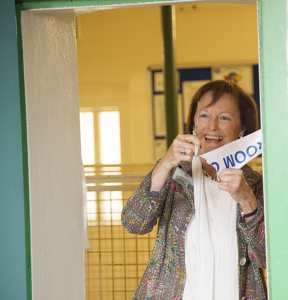 Many authors and others sent books to us through English PEN; others who have helped immeasurably include Cathy Rentzenbrink, Alan Bennett, Erwin James and our patron Antonia Fraser. None of this would have been possible at all without Magdalen Evans, volunteer at The Scrubs, and especially Michael Sherwood, Custodial Manager of B Wing, who– quite simply– made it happen. 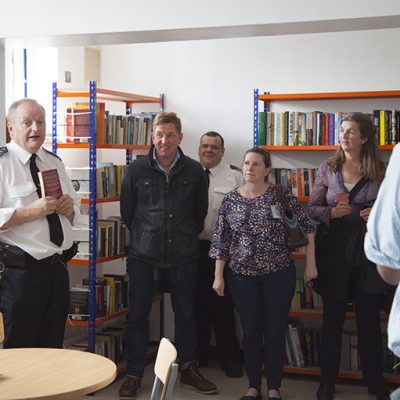