Libraries: the most resilient network of all.

Roly Keating, the Director of the British Library, speaking at the Hay Literary Festival, said that the digital age has helped boost visitors to the British Library by ten per cent.  The world of computers, smart phones and social media was no threat to the traditional library, instead encouraging people through its doors. Saying that the institution had countless values worth defending, including trust, he argued that libraries could prove the most “powerful and resilient network yet”.

“When we talk about libraries, I’m told about the old values, the traditional values of these institutions. Some believe they are being replaced by new ones about being more open and connected and virtual.  And of course our belief, passionately, at the British Library is that it’s about both. And that’s the great richness of what a library is and can be… Libraries stand for a certain freedom, and privacy of thought and search and expression. They stand for private study in a social space; they are safe, they’re places of sanctuary and play a vital role in some of the poorest communities. And they are trusted….But the time frame we think on, centuries back and centuries into the future, allows us to think about trust in its highest sense, and authentication and provenance of information, and digital information in particular.  Those are hard-won privileges and values and they’re worth defending.”

He added: “With all our fascination of and love for the internet in the age of data, these values and the values and idea of the library predated the internet and if we get it right may yet outlast it.  And in some ways they are the most powerful and resilient network of all, if we continue to believe in them.”

“Libraries are, let us not forget, a golden thread throughout our lives.” to quote from the Independent Library Report for England chaired by William Sieghart.

“Despite the growth in digital technologies, there is still a clear need and demand within communities for modern, safe, non-judgemental, flexible spaces, where citizens of all ages can mine the knowledge of the world for free, supported by the help and knowledge of the library workforce. This is particularly true for the most vulnerable in society who need support and guidance and to children and young people who benefit from engagement with libraries outside of the formal classroom environment.  The library does more than simply loan books. It underpins every community. It is not just a place for self-improvement, but the supplier of an infrastructure for life and learning, from babies to old age, offering support, help, education, and encouraging a love of reading. Whether you wish to apply for a job, or seek housing benefit, or understand your pension rights or the health solutions available to you, or learn to read, the library can assist. In England, over a third of the population visits their local library. In the poorest areas, that figure rises to nearly a half. It is no wonder that communities feel so passionately about their libraries.” 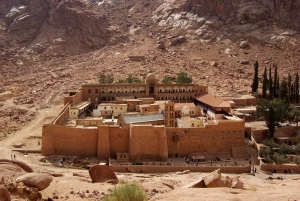 The oldest library in the world, St Catherine’s Monastery, in Sinai, Egypt. 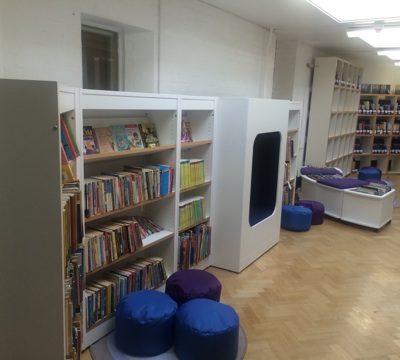