Roses, books, lovers: Barcelona is full of them all on 23 April. It is the day of the Book and the Rose. 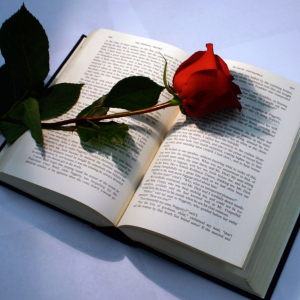 On the day of Sant Jordi in Barcelona – as in all of Catalonia – people give one another a rose or a book. Not only couples do this. The Generalitat in Plaça de Sant Jaume is open to the public. In the palace and around it there is a large rose market. You can buy books everywhere.

In Catalonia  on April 23rd, the date of both Shakespeare’s and Cervantes’ death– World Book Day becomes a specially romantic festivity. There the people celebrate the day of their patron saint, Sant Jordi, with a curious tradition– couples exchange gifts: a book for the men and a rose for the women. Book and flower stalls are set up along the streets of Barcelona. They fill with people walking around stalls looking for a gift for their beloved and for their family and friends. You can find the latest publications, see well-known artists signing copies of their books and, of course, smell the scent of the roses. This festival coincides on the one hand with the fact that Sant Jordi has been the patron saint of Catalonia since the 15th century and, on the other hand, it comes from the famous legend of St George and the dragon and the medieval tradition of visiting the Chapel of Sant Jordi in the Government Palace, where a rose fair or “lovers'” fair used to take place. This is why Sant Jordi– Saint George– is also the patron saint of lovers in Catalonia.

Because so little is known of the historical figure, the myths and legends around the Catalan patron grow. A legend tells of his seven-year Mathyrium. In the seven years of torture Sant Jordi never lost his faith. This legend explains why Jordi was chosen as patron saint of the Knights of the Byzantine Empire. During this time he was called out for help to win against the ‘infidels’. In addition to Catalonia he was also chosen as the patron saint of England, Georgia, Greece and Serbia and many more.

Although St.George was venerated in the Middle Ages in Europe, today we know very little about this historical figure. It is certain that he served as a Roman soldier around 300 AD. He was regarded as a Christian martyr who would not be questioned about his beliefs. The name ‘Georgius’ means ‘farm’, which is perhaps the reason why the Catholic liturgy chose this day in spring as his name day. He is also regarded as a protector of the harvest. The best known and most popular legend describes how he defeated a dragon in Silene. This dragon poisoned the air of a village. To appease him the people always sacrificed a lamb and a virgin who was chosen. One day the princess of the country met this fate; George killed the dragon and freed her. The Princess and the entire population were converted to Christianity. Since the 13th century the most widely used figure of Sant Jordi is the scene where he kills the dragon with a lance while riding a white horse.

Since the 8th century Sant Jordi has been venerated in Catalonia. Evidence for this is that many churches and chapels are dedicated to his memory. Even the kings adored him; Jaume I  describes how the Catalan Sant Jordi helped in the conquest of Mallorca. Under the protection of Sant Jordi an Order of Knights was founded. Since 1343 Sant Jordi has been celebrated in the Catalan land of Valencia and in Majorca since 1407. In 1456 the Catalan Parliament adopted a constitution in the cathedral of Barcelona declaring Sant Jordi as a festival day.

That the worship of Sant Jordi takes place in all areas is shown at the government palace of Catalonia at Plaça Sant Jaume. Here, in the 19th Century, a medallion of Sant Jordi was installed on the gothic facade and inside the building a chapel was built in honor of him.

At many attractions in Barcelona today you can see the cult of Sant Jordi. One example is the so called Casa Batlló, built by Gaudí, whose roof resembles a dragon.

Documents show that the tradition of giving away roses as a symbol of love on the day of Sant Jordi dates back to the 15th century, even though the exact date is not known. Furthermore, why this day is the day of lovers and Sant Jordi has become the patron saint of lovers is not known with certainty. In the most famous legend of Saint George he didn’t marry the princess – although he released her from the dragon – as the moral of this story was Christian baptism rather than love, according to the legend.

In 1926 Spain declared 23rd April, the anniversary of the death of Miguel de Cervantes, the most famous Spanish writer, as Book Day. In England this day is celebrated as the birthday and death of Shakespeare. It was a coincidence that this coincided with the day of the feast of Sant Jordi. Only later did the day of love also became a day of literature in the mind of the population.

The 23rd April, the day of Sant Jordi, the patron saint of Catalonia, is today the day of the rose and the book, the day of love and culture.

In 1995 UNESCO declared 23rd April as World Book and Copyright Day. This was to acknowledge that the book has historically contributed most to the spread of knowledge. The proliferation of books is a cultural enrichment throughout the world. 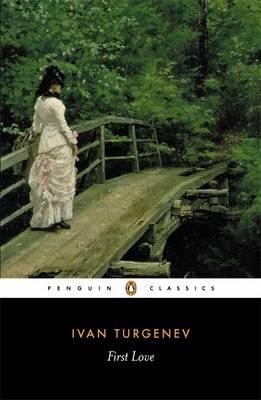