Last year Give a Book was lucky enough to go to one of Pimlico Opera’s excellent productions–Sister Act was performed by the prisoners of HMP Bronzefield with Pimlico Opera at Bronzefield Prison in Surrey. Jeremy Chapman wrote: People who had never seen the professionals of Pimlico Opera working alongside hardened criminals, some of them perhaps even murderers, and achieving what can only be described as a miracle, emerged from HMP Bronzefield unable to disguise their tears and open-mouthed in amazement.

Pimlico Opera produces shows to professional standard working with prisoners many of whom  have never even been in a theatre before. The performances we saw were extraordinary– joyous, playful, serious and affecting. At the end, the Governor sent off the professionals and invited the prisoners back for one last round of applause, and the audience raised the roof in heartfelt appreciation for a group who had probably had scant applause in their lives before.

This year’s show is Our House, to be performed in ISIS Prison. Our House is a musical with music and lyrics by the 1980’s pop band Madness. The original production won the Olivier Award for Best New Musical in 2003.

It’s Joe Casey’s sixteenth birthday and he wants to impress Sarah, a very special girl. So he breaks into a building development – a decision that will change his life. The police turn up and Joe’s life splits into two: Good Joe gives himself up and Bad Joe runs from the police, leaving Sarah. Over seven years and two alternative lives we witness the consequences of that night. Good Joe fights to keep Sarah; Bad Joe is marrying her in Las Vegas. Good Joe fights to save his house on Casey Street; Bad Joe wants to demolish it. Joe’s dead father watches over these Joes and pulls the two stories together.

Suggs, the lead singer of Madness, will be taking the role of Joe’s father.

Get to it if you can.

You can get tickets here.

And can read more about Pimlico Opera here. 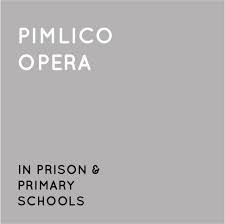