Making it Up: parents in prison connecting through stories

This blog was written by David Kendall for the NCJAA. You can see the original version here.

In the beginning, Making It Up was four half-day workshops in HMP Wormwood Scrubs where a dozen men would create storybooks to present to their children. As well as being a way for people to express themselves creatively and challenge themselves, we wanted the project to be about using the power of stories to build connection between fathers and their children. The project ended in a special Sunday afternoon family visit, which was a major incentive – just a dozen families would attend, and participants could get up and play with their kids, or work together with them and a guest illustrator.First, though, we had to create the books.“This is harder than my six-week trial,” grinned one dad to another. There was an anxious twitch of lips before both men’s heads lowered. There was a texture to the silence of the workshops as we all struggled to bring our stories to life.

The men who came to the workshops varied in ability and confidence. There’s a certain fear of ridicule that makes people nervous to take part at first, and many struggled with unfamiliar spellings and narratives. To give those less confident a starting point, we provided each participant with a blank booklet with pre-cut flaps on each page. The trick was to incorporate those flaps into the story. Is that rectangle a door to a castle, or a spaceship? It was all about the choices they made as they threaded their stories together. Confidence came as they tackled each page at their own pace, puzzling out where it fit. Drawing skills were secondary to figuring out what needed to be said. 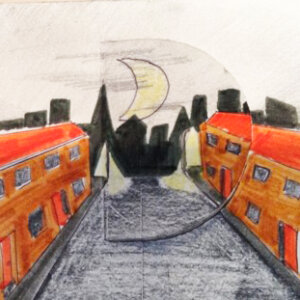 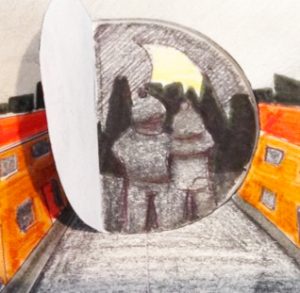 The results were raw, beautiful and honest. Stories allow us to make sense of our worlds, to show what it is important and connects us. The stories, which all use the same blank booklet, are always different. .Some are incredibly personal – confessional, even – and try to explain to children why their parent is in prison. Some are wild adventure stories where characters travel the world (but are always back in time for tea!). Others still give advice on how to behave and get by while dad’s away. All reflected the writer’s idea of the role of a father, and took the time to think closely about their children, their interests, and what they might need to hear. It can be hard for people in prison to find ways of doing something for their kids, so opportunities such as this are welcomed.

“These stories make a difference and keep us close.” – Mum attending the family visit

The initial project was so successful that the prison part-funded the following year’s workshops. These would have continued through 2020 but we were interrupted by the national lockdown, in which prisons have remained. With a project that’s all about connecting people to their families, we had to ask ourselves how we could continue when we’re no longer connected with participants. 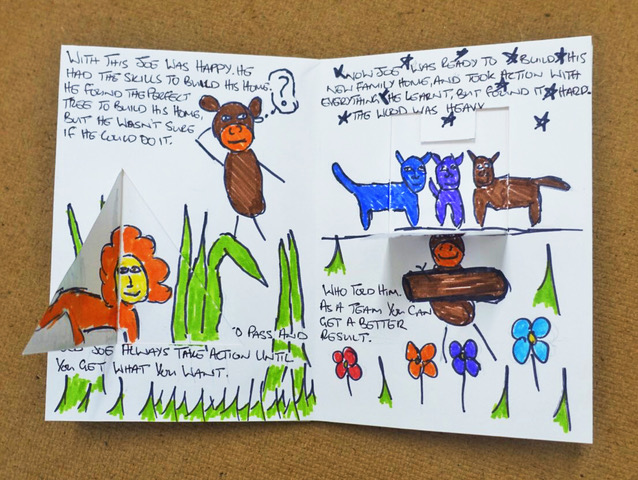 We tried to make a remote version work for those in lockdown in the form of an activity pack. It would only be judged a success if people used it, so we would need the support of someone who could still go onto the wings. At HMP Wormwood Scrubs the Family Workers we have worked with have been excellent and seen the value and potential of the project.Without the workshops, our biggest worry was that less confident parents wouldn’t give it a go, so we knew we had to make the packs as engaging and user-friendly as possible. The pack has the same high quality pre-cut story booklets made by artist Louise Bristow and includes prepaid envelopes.

“I actually had fun – it was challenging in terms of how to spread out the story but 10/10 I enjoyed being creative even though I can’t draw.” – Participant at HMP Downview on using the remote storybook packs

We had been worried that fewer people would take it up, but there were some ways in which the lockdown made things easier. There was no longer the frustration of late moves, early moves, or no moves; of not being allowed off the wing, or of arriving at the workshop unclear of why you have been sent there. Now you could take your time. It also meant we could reach more people in different prisons, including mothers at HMP Downview.

The feedback to this version of Making It Up has been overwhelmingly positive, describing the packs as ‘first class’, and most have taken to using the longer ‘Dreamliner’ booklet. The storybooks are posted out to families and with their permission, the family worker or librarian sends us pictures so we see the love and care that has gone into these new created-in-lockdown stories. From the images and feedback we’ve seen so far, the writers have taken great pride in their creations.

The remote version of Making It Up is now running in 6 prisons as well as continuing in HMP Wormwood Scrubs. None of it would be possible without maintaining strong relationships with prison staff and librarians before and throughout lockdown. Although it has been challenging working from the outside, we’re so glad to have been able to provide the opportunity to maintain family contact over lockdown.

“I really like taking time to do this as it is something from me to my son, something he’ll love and keep.” – Participant at HMP Downview

David Kendall is a specialist in using writing & reading to engage people who have been marginalised. Throughout the last two decades he has worked on a wide variety of projects with prisoners and their families, young people in care, and rough sleepers. He is co-director of Penned Up, a two-week literature festival planned and organised with and for those in prison.

Making it Up is supported by the Arts Council National Lottery Project Grant. 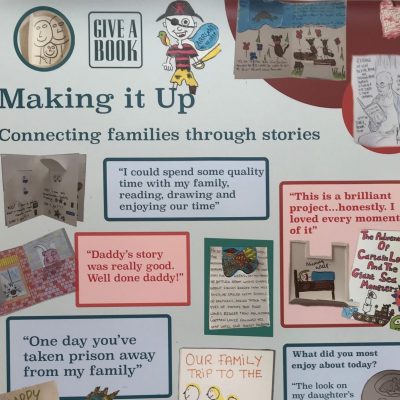 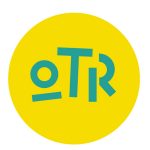 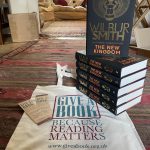 ‘I actually had fun, it was challenging in terms of how to spread out the story but 10/10 I enjoyed being creative even though I can't draw.’ – HMP Downview 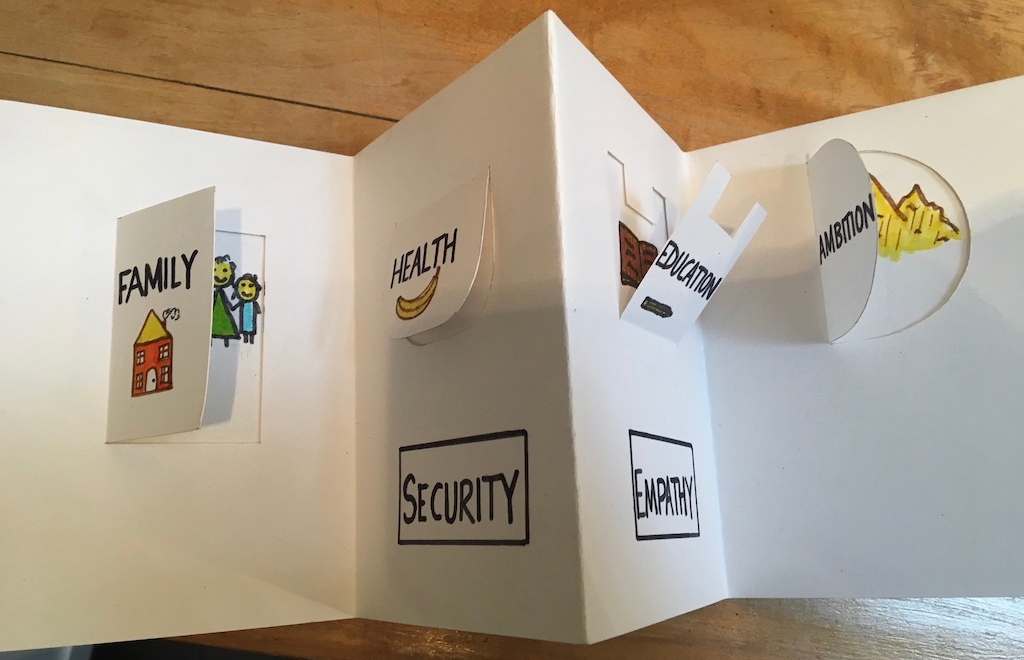 ‘This is a brilliant project. Honestly, I loved every minute of it. Thank you.’ – HMP Wormwood Scrubs